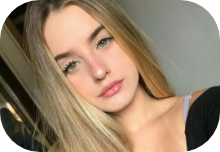 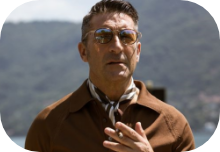 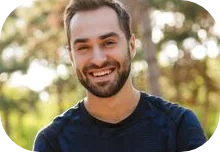 Age:26Make-up Blogger
Home > Blog > What is Findom? Guide for a Safe Findom Relationship

Findom is a phenomenon that is only vaguely familiar to most people. It has been around for quite some time, but its popularity has steadily grown over the past few years as our involvement in the internet world has grown. 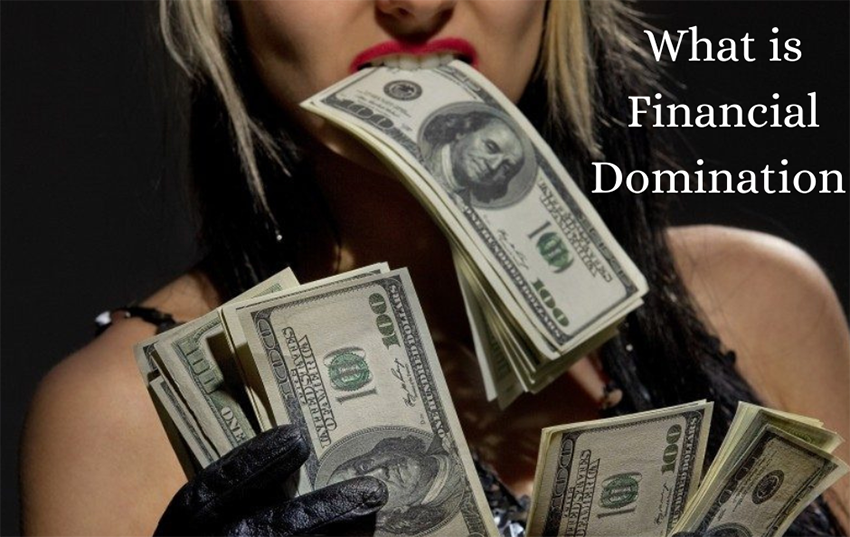 The question is, What is Findom? The term "findom" refers to the dominance of financial matters. Simply put, men who participate in findom send expensive gifts, give regular sums of money or even allow the unknown woman to have complete control over their finances to maintain their relationship. There is no act of sexual exchange, and in the vast majority of cases, the two parties are never even in the same room together.

Example of a Findom Relationship

Virtual meetings with members of findom take place almost entirely online. It typically involves the male submissive handing over some financial control to the female dominant, who then uses the money to indulge in various forms of self-indulgence. Arousal can be achieved by submitting one's financial decisions to a more dominant partner, just like in any other submissive role in which one gives control to another person.

You will be able to learn everything about findom that you require with this article's assistance. Let's get down to the fundamentals, and we'll fill you in on everything else that's important.

Is Findom Necessarily a Bad Thing for You?

Financial Domination, or findom for short, is the deliberate attempt to extract money from submissives who enjoy being forced to give up something important to someone they regard as superior. Findoms and Findommes are fairly straightforward in their behaviour, but with this simple guide, you can learn the trade tricks.

Why is Findom Right For You? 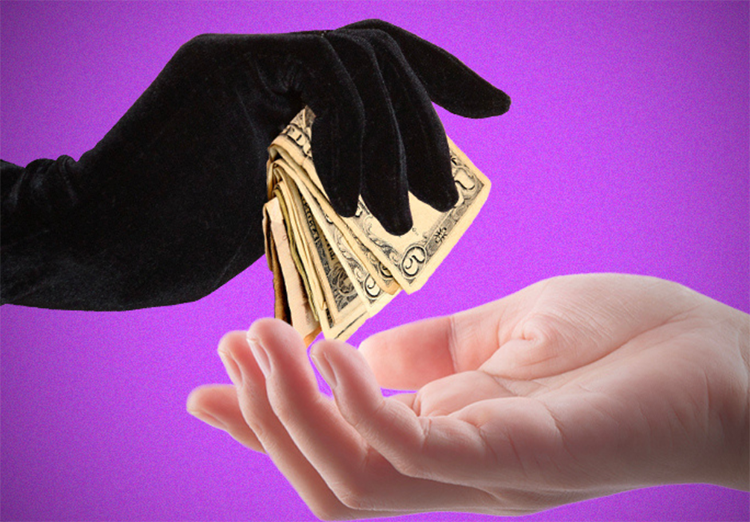 "Financial dominance seizes this notion of humanity and weaponises it as something wacky." It's intimacy in a capitalist and masochistic sense." The unnamed man reveals.

Greater intimacy is achieved by combining finances and sex. It becomes a deeper union with a dash of insults. One that we can only hope E.L. James never attempts to write about.

Why Should You Avoid Findom?

For findom relationships, it's not all wire transfers and exotic vacations. This type of relationship carries significant risks. A sub, or "cash-pig, as some subs like to call themselves, can go bankrupt. Giving money away while not bringing any in can have that effect on a bank account. Of course, a sub is already aware of this. 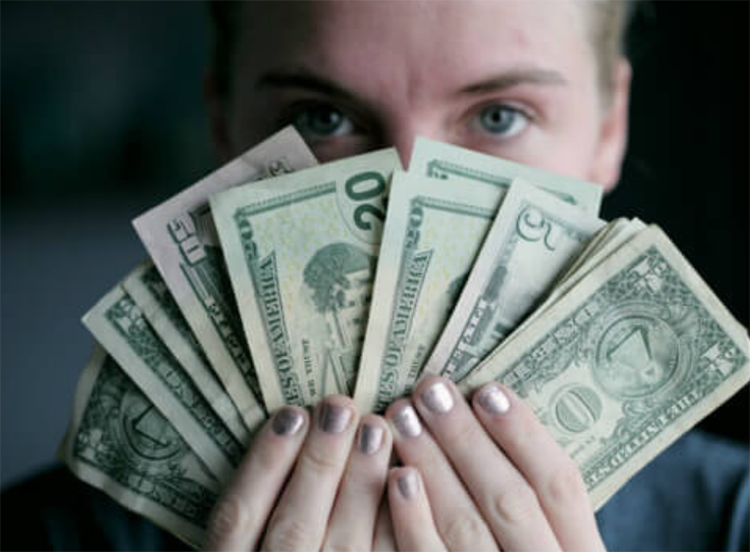 However, if a sub divulges his (or her) bank account information, they are vulnerable to theft. Blackmail is another crime that could occur in a findom relationship. If the sub is married or in a long-term relationship and their partner is unaware of their fetish, the dom may attempt to blackmail them.

There's also the emotional side of the relationship to consider. "as soon as that's over, he comes crashing back down to earth with a hole in his wallet and a head full of regret," our mystery man says. It should be enough to deter someone from entering a relationship, but it isn't.

Tips for a Safe Findom Relationship

Here are some tips to find a successful relationship with findom

This is crucial if you are giving up physical control of your money by, for example, disclosing your bank account password. Every person in the partnership may rest easy knowing that the financial dominance is mutually agreed upon and that no one will be taken advantage of if ground rules are established in advance.

Once the dom has established their authority, they will begin to exert their will upon the sub. The dom usually communicates with her sub over the internet or the phone during findom, while some sessions take place via webcam and others are conducted face-to-face.

A dom can employ various strategies to seize control of a submissive's finances, depending on the specifics of the circumstance. Some, for instance, receive a wire transfer and immediately begin making expensive internet purchases while telling their sub all about it.

Some people prefer to shop in person but forget their phones in their pockets or purses, and the sub may overhear everything they buy.

Sugar relationships and arrangement are those in which one party provides the other with affection, intimacy, or other forms of attention in exchange for financial or other advantages (financial support, material goods, professional advancement).

Which findom or a sugar relationship arrangement will bring you more money in the long run? The answer, in a nutshell, is that it is dependent. It's possible to hit the jackpot if you have a very wealthy and giving daddy and if things are going smoothly between you. Sugaring professionals can sometimes look forward to a rather sizable monthly stipend in addition to other perks. They frequently ask their father to get them a car, put them through college, or find them an apartment.

When it comes to financial dominance, striking a balance is essential. The best part of having a fetish partner is that you don't have to worry about feeling guilty when you abuse your power by taking your partner's money or using his credit card. Because this is all part of the game, you do not need to worry about giving off the impression that you are materialistic and greedy. To engage in this sexual fetish successfully, you must have quite a talent.

2. What is a findom fetish?

The submissive and dominant relationship dynamic found in many other findom fetishes is also utilised in findom fetishism.

The submissive party is typically well off or financially stable, though this is not a requirement, and they are expected to give gifts and money to the financially dominant party.

The term "fansub," which stands for "financial submissive," is also used to refer to these submissives.

What defines a "sex act" truly depends on where the acts occur. Courts frequently interpret the "act" broadly, and flogging/whipping, for example, are deemed sex acts under most prostitution regulations if money is exchanged for the "act." However, the basic concept of controlling someone's finances is different, and I don't believe there is any case law on it in terms of enlarging legal definitions.

4. What is the Findomme definition?

The description is true to form. When the dominator, also known as "findommes," abuses the paypig's finances, the submissive, also known as "pay pigs," becomes enthralled.

5. How can I find a findom/paypig who’s real?

Paypigs appreciate the fetish of having their money spent by a gorgeous lady while also being dominated, and the domme enjoys the pleasure of total control and being paid for it!

Findom is an abbreviation for financial dominance. Simply said, men who participate in findom send extravagant presents, provide regular quantities of money (determined by the woman), or even give the unknown lady absolute authority over his income. There is no sexual interaction, and the two seldom meet. 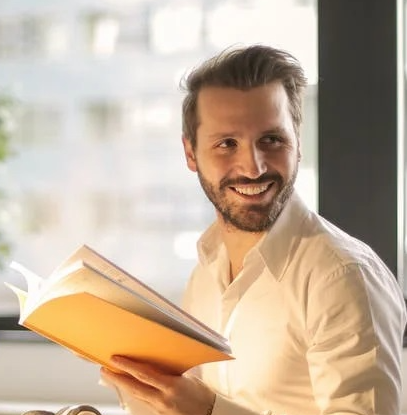 Alex is a professional writer in the sugar dating area. Has more than 6 years of experience in Sugar Dating. Consultant on sugar relationship. He is also our sugar dating website & app tester and the top contributor.

No matter what naysayers say, there are platonic sugar babies involved in friendly relationships. Read this blog to learn how to do it.

Friends with Benefits: What Does FWB Mean? Is It Necessarily a Bad Thing?

What does FWB mean? You will find answers in this article. Plus, you can explore every aspect of this term like its pros and cons.

How to Find Perfect Sugar Friendship? Guide from SugarDaddySeek

If you’re in search of a sugar friendship website to be a good sugar baby, or want to know about the types of sugar daddies or mommas, SugarDaddySeek is the right place.